“In life, the question is not if you will have problems, but how you are going to deal with your problems. If the possibility of failure were erased, what would you attempt to achieve?” – John C. Maxwell

The reason why John C. Maxwell’s book, Failing Forward: Turning Mistakes into Stepping Stones for Success, is a bestseller is the fact that mistakes and failures are a universal circumstance. We all fail.

As I recall some of my greatest failures in life and in the classroom, I wince. Failure isn’t fun. But it is necessary for growth, learning, and self-actualization. And, since those are the very same goals we have for students, we intuitively understand that failure is important for students to experience.

As wholehearted teachers, we have to model and normalize failure as part of the learning process – and as part of life!

But failure is scary, messy, frustrating, and often uncontrollable. And well-meaning teachers who are simply trying to keep scary, mess, and frustrating out of their classrooms consequently remove the opportunity for risk-taking and failure. Teacher risk taking is critical for modeling failing forward. Teachers who take risks and fail in front of students show students failure is part of life.

Yes, some failure is just downright unproductive. Frustrating, personalized failure without momentum is counterproductive and defeating for students.

But failure that is embraced as a part of the learning process, that leads to reflection and adjustments, and ultimately leads to new ideas and problem solving – now THAT’S failing forward.

In fact, failure is part of the inquiry process, the design process, the creative process, the scientific method, the engineering design process and more. Failure – which can come in the form of test/retest, design/redesign, problem solving, etc. – is a critical skill we have to both model and teach to students.

Which is where the idea of “failing forward” becomes important. We have to model and teach that failure can be productive, it happens to everyone, and it’s a part of life we should embrace instead of avoid.

So, how do we cultivate a classroom where failure is encouraged?

Is positive failure or failing forward something that is part of your classroom culture?

Failure Must be Modeled

Failure is either very natural or very unnatural for us to teach. Which camp do you belong in? For a lot of us, it comes down to fear and worthiness. We fear that if we fail we are a failure. That’s a big distinction. And that’s a fear a lot of our students have too. We have to model for students that failing is a necessary part of trying. Failing means you have the courage to try. Failing means you were man/woman enough to get out there and do something, step into the arena, and show up! Failure is something to be honored, not something to be afraid of.

But you, as their teacher, have to honor it – and not be afraid of it.

Here are some tips:

Watch your self-talk and think-alouds.

Think-alouds and modeling your thinking are very important instructional techniques. Monitor your use of these techniques for opportunities to model failure and your thought process for working through failure. Model self-compassion and the ability to laugh at yourself.

Make mistakes/failures part of everyday learning in your classroom.

I used to use notebooking (aka interactive notebooks) in science, math, and writing, and I only allowed students to work in pen. No pencils were allowed in my classroom (except for standardized testing time). I wanted students to show their thinking and their thought process. Students weren’t allowed to scratch things out either. If they made a mistake, they simply drew one line through it (we called it the “line of learning”) and updated their thinking on the next lines. This was important for me for two reasons – one was to see their thought process and where they made mistakes. The other was to help them be comfortable with mistakes and failures in order to “adjusting” their thinking as part of the learning process.

Normalize failure – even revere it

At the beginning of the school year when I introduced the notebooks and working in pen, I always showed students pictures of notebooks of famous thinkers and scientists. Here is one from Mark Twain and one from Leonardo DaVinci. These are messy and show the thought process of these great thinkers. By showing students these notebooks (and even your own) you show them that smart and successful people all make mistakes, take risks, and experience failure. They use that failure to catapult them forward. They fail forward.

You may even want to create a special “Failing Forward” award to be given out weekly or monthly. Students can talk about how they failed but what they learned in a classroom discussion where everyone honors them for their risk taking and learning.

Journal or Comment Prompt: In what ways do you encourage failing forward in your classroom?

This site uses Akismet to reduce spam. Learn how your comment data is processed. 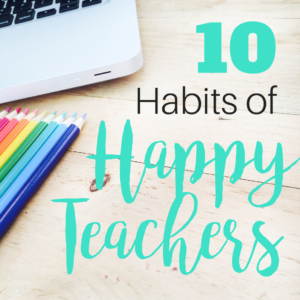 Gain access to free resources and burnout support via email!